May: a new closed Facebook group was created: Pax Christi Community. Members can post messages, prayers, thoughts and inspiring images directly and be in conversation with each other. 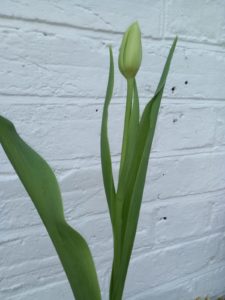 At the Advent Peace Service, everyone took home a bulb for a white ‘Alabaster’ tulip. Pictures came in as the tulips began to bloom.

April: Due to coronavirus restrictions, Pax Christi staff began working from home from March 17th. We found a way to gather online with members and friends for regular times of prayer and reflection, via Zoom.

We carried out actions online such as sharing what is truly important to us, in contrast to the huge amounts of money invested in the military. 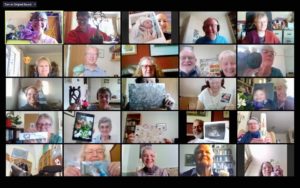 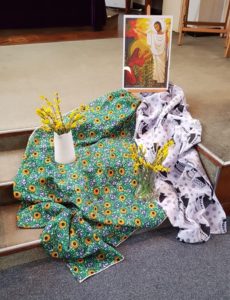 Our Director, Theresa, hosted an event for women interested in peace in the Nottingham Diocese, on Saturday 7th March.  We had a reflective time in St Thomas More Church in Wollaton and then a good discussion over a cup of tea. You might find the liturgy useful. Theresa would be happy to discuss with you how the event ran, if you are interested in doing something similar where you are. 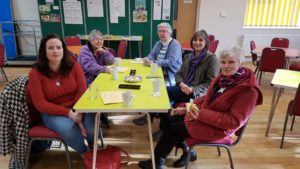 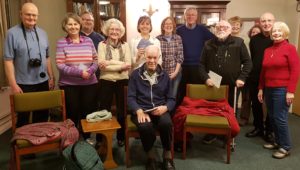 We met at The Cenacle for a shared supper. Theresa talked about nonviolence, NonvioLent, and Pax Christi. Members of the Liverpool group shared their questions, thoughts and ideas. We finished with prayers. 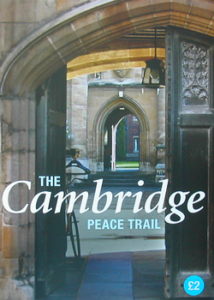 February 2020: Pax Christi member Arn Dekker has begun taking groups on a Virtual Peace Trail around Cambridge. He reports that invitations to present his illustrated talk to groups continue to come in. This is proving to be a good way to open up a discussion about peace.

Peace Sunday 2020 Events around the country to encourage us all! 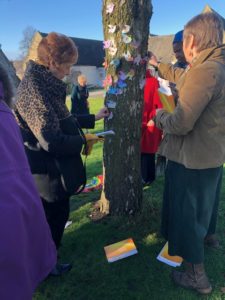 Crook, St Cuthbert’s held a service to mark Peace Sunday after Mass. The service was organised by the Justice & Peace group, who were joined by parishioners and members of Crook Methodist/UR Church.
Fr Nick Jennings led the service and Sr Uche gave a homily. Prayer cards were handed out before Mass, and at the service. The primary school were involved too, with the children providing beautifully coloured doves which were given out for people to write a prayer or words of peace on. These were pinned to the Peace Tree during the service.

Cambridge Pax Christi member Arn Dekker invited parishioners at St Laurence’s to a ‘virtual’ peace trail after Mass. 35 people accepted and enjoyed hearing about people  and places connected with peace in their own area. More than half a dozen people bought copies of the Peace Trail booklet to ‘do’ the walk for real. 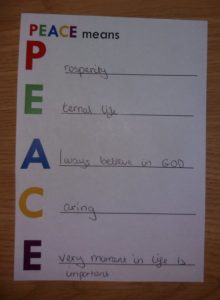 Pupil Chaplains at primary schools in Todmorden and Irlam shared the peace message using Pax Christi resources and some of their own ideas. Children in Walthamstow who belong to Holy Family School’s Peace Club also got involved in thinking and doing ‘peace’. 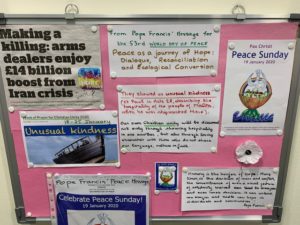 English Martyrs’ School in Leicester tweeted a peace prayer:
God of love, we pray for peace in our world, and an end to war. Instead of hatred, let there be love…

Thames Ditton Fr Rob Esdaile’s parish of Our Lady of Lourdes welcomed a ‘Lampedusa Cross’, symbol of the refugee flows that warfare causes. It was also used in the afternoon as part of the joint celebration of the Week of Prayer for Christian Unity. 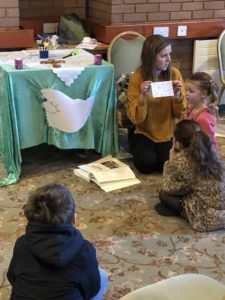 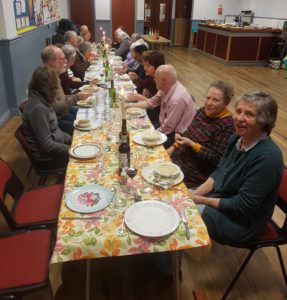 Sacred Heart, Caterham : the monthly Peace Rosary took place Friday evening after 7pm mass using the Pax Christi 1990s publication and a prayer theme of the Peace Sunday message. Prayer cards and children’s resources were used at Mass too. All Saints Oxted and St Ambrose Warlingham heard about Peace Sunday through their newsletter and an announcement at Mass and shared Pax Christi resources.

Pax Christi members gave talks in parishes in Liverpool, Coventry, London, Guildford, Abingdon, Kingsland, Carlton, Mold to name a few! Members worked hard in some areas to display prayer cards and literature, write bidding prayers, encourage collections/donations – sometimes for the first time due to changes in priests and/or parish boundaries.
Send us details and pictures of your events! 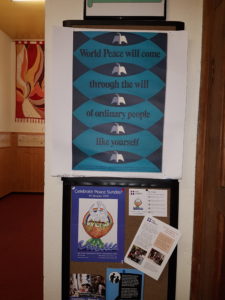 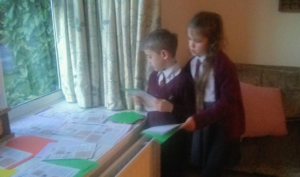 Grandchildren helping to get ready for Peace Sunday 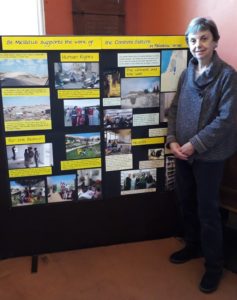 Pat Gaffney spoke about her recent visit to Palestine, at St Mellitus 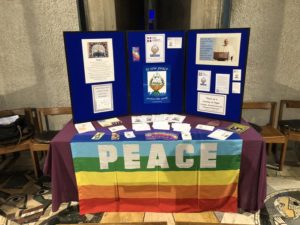 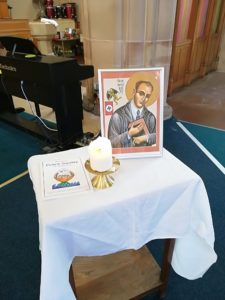 Permanent link to this article: https://paxchristi.org.uk/news-and-events/member-news-2020/