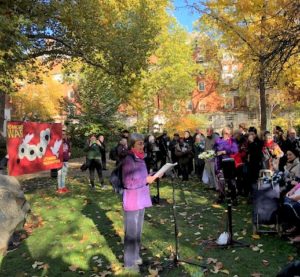 Several hundred people gathered in London on 11 November, members and supporters of the First World War Peace Forum, to reflect on the impact of war on the world and re-commit to building peace in the years ahead.

Actor and playwright Michael Mears read a testimony from FWW Conscientious Objector Clifford Allen and Sue Gilmurray, a poet and songwriter from the Anglican Pacifist  Fellowship performed her new poem, Lest We Forget. Pat Gaffney of Pax Christi invited those present to share words of commitment, “We commit ourselves to peace and justice…to use our power to work for a different kind of world starting with ourselves…our families, our neighbourhoods, communities, country.  We invite everyone  to join us in this urgent task.  For humanity’s sake our message is , No more war, let’s make peace happen.” 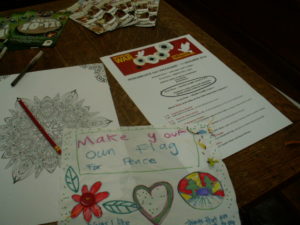 At the same time Pax Christi members were involved in events around the country.  Catholic parishes in Barnet and Tollington Park met in their Peace Gardens to pray and reflect on our need for peace,  in Leeds Pax Christi with J&P Leeds hosted a service and talk on the theme Remembrance is not Enough; St Joseph’s Parish in Guildford hosted an hour-long peace vigil after Mass with readings and prayers calling for a commitment to peace,  in Liverpool Pax Christi members joined others at the Peace Garden in the city centre for a peace and remembrance commemoration.

July 2018:  In the Shelter of Each Other People Live: Pax Christi at NJPN 40th Annual Conference 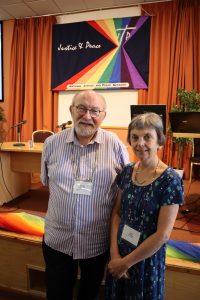 Pax Christi staff and members were part of the 40th National Justice and Peace Annual Conference at the Swanwich Conference Centre last weekend.

Pax Christi offered a workshop on the theme ” Same Struggle – Different Place” exploring the issue of knife and gun violence from London to Mexico, from Kenya to Chicago, looking at the similarities of this reality and examining those things in society and culture that allow and sustain this violence.

Speakers were: (all talks available here)

Fuller report of the Conference

Permanent link to this article: https://paxchristi.org.uk/news-and-events/news-reports/july-december/