December: Theresa Alessandro wrote an article in the Christmas edition of The Catholic Universe.

19th October: Bruce Kent, Vice President of Pax Christi, was awarded the Seán MacBride Peace Prize by the International Peace Bureau. This Peace Prize is awarded to a person or organisation that “has done outstanding work for peace, disarmament and/or human rights.” It is named after Seán MacBride, a former Chief of Staff of the Irish Republican Army, who was chairman of the IPB from 1968–74 and president from 1974-1985. During the ceremony, at St Thomas’ Hospital, London, IPB former General Secretary Philip Jennings describer Bruce as ‘a giant’ in his efforts to achieve peace. Read more at Independent Catholic News here. 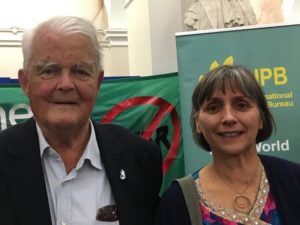 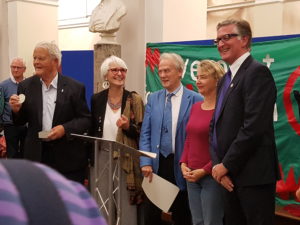 26th September: UN International Day for the Total Elimination of Nuclear Weapons. Pax Christi was part of a group who presented a letter calling on the UK government ‘to honour its commitment to a world without nuclear weapons’. Independent Catholic News report here 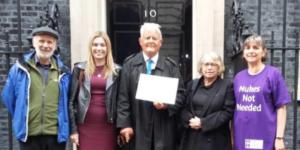 Silent Vigil against the Arms Fair: The silent vigil took place inside the grounds of the Excel centre on the green outside. This took place on the eve of the opening of the arms fair. Members and other organisations (Quakers, Christian CND) gathered around in a circle and took part in silent prayer. A beautiful and powerful protest against the injustice and waste of the Arms Trade. 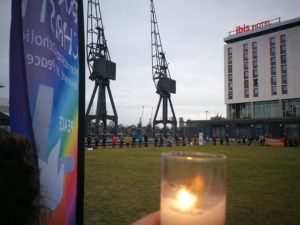 Arms Fair Protest: Stop the Arms Fair: Pax Christi Procession and Stations of the Cross Worship, on way to main protest. Joining hundreds of others for No Faith In War protest. Blocking the East Gate for the day whilst singing, praying and holding silent worship on the approach to the exhibition centre. Arms manufacturers were prevented from taking their vile weapons for the duration of the blockade. About 50 arrests made during the day. 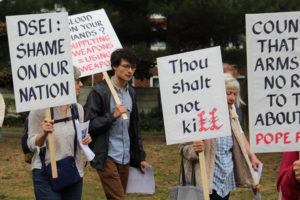 September 2019: Film about Franz Jägerstätter ‘A Hidden Life to be released soon. Interesting discussion with two of the actors here 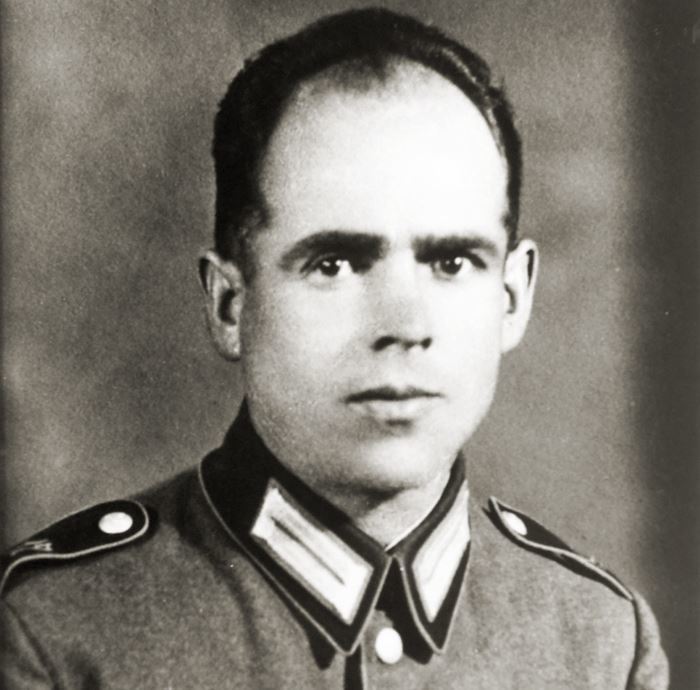