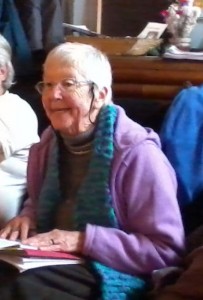 In July 2012, 3 Christian peace activists calling themselves the ‘Transform Now Ploughshares” entered the secure area and ‘deadly force zone’ around what was supposed to be the most secure building in the USA, and probably the world, at the T2K “Highly Enriched Uranium Facility” in Oakridge, Tenesee. Once there, they hammered on the cornerstone of the building, which houses the world’s largest store of nuclear weapons grade uranium. According to Wikipedia, “The National Nuclear Security Administration has [called] the security breach “unprecedented.” Independent security contractor, WSI, has since had a week long “security stand-down,” [and] a halt to weapons production.”

The three activists, all associated with the Catholic Worker movement, were Sr Megan Rice (82), Greg Boertje-Obed (57) and Michael R Walli (62). Following the tradition of active non-violence and the ‘Ploughshares movement’ , they took responsibility for their actions, were arrested, tried in court and initially sentenced to between 3 and 5 years in prison. However after serving two years, in September 2015 they were released on appeal on the basis of ‘time served’, with 2 years probation.

Permanent link to this article: https://paxchristi.org.uk/event/hear-from-transform-now-ploughares/