Return to Who we are

The Foundation & History of Pax Christi 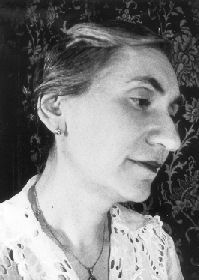 The origins of Pax Christi in 1945 lie in an initiative of Marthe Dortel-Claudot, a teacher in the south of France, who began a campaign of prayer for Franco-German reconciliation. Bishop Pierre Marie Théas of Montauban, who had been imprisoned for protesting about persecution of the Jews, and who had prayed for the German people and urged others to do so, became the first President. The original objective was enlarged and Pax Christi became a “crusade of prayer for the nations”. This spiritual basis underpinned the work of the movement which, as it developed, called for socio-political action in public life as a means of bringing about the Peace of Christ.

In 1950 Pax Christi was constituted as “The International Catholic Movement for Peace” with a new President, Archbishop Feltin of Paris. The first summit meeting was attended by representatives (lay people and religious) from Germany, Spain, France, Italy, Luxembourg and Switzerland. From its foundation Pax Christi attracted every kind of member; men, women, young, old, lay people, priests, without social, racial or cultural distinction – Peace for All, Peace by All.

Read a reflection written  by Anne Dodd, former chair of the British Section of Pax Christi in August 2015 on a visit to the home church of Martha Dortel Claudot 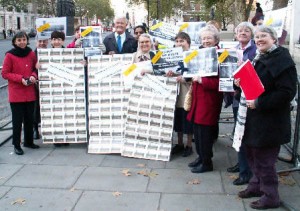 In 1958 a small group started meeting in London to discuss Church teaching on peace and to promote the international routes, which are marches/pilgrimages across Europe, for peace. The objective was to further peace by fostering international friendship. John Geary, a young man who had taken part in Pax Christi International routes in Germany, Italy and France, inspired these activities. The first issue of a news bulletin was published in 1961 and Bruce Kent, then a curate, agreed to act as chaplain. Pax Christi had strong links with London University and most members were under 30 years of age.

New papal teaching on peace contained in the encyclical Pacem in Terris (1963) and in documents emerging from the Second Vatican Council (1962-65) gave encouragement to Pax Christi’s mission. Issues of contemporary concern which the British group took up included the lack of rights for conscientious objectors in Catholic countries such as Italy, France, Spain, Portugal, and British arms sales to Nigeria, Biafra, and South Africa. Pax Christi emphasised the value of international exchanges with foreign students visiting London and with young people staying in its summer hostels. Joint retreats and conferences were held with PAX, an older Catholic peace group, and in 1971 a single Catholic peace movement was created when PAX and Pax Christi merged.

Permanent link to this article: https://paxchristi.org.uk/about-us/history/