Workshop: Eyewitness in the Classroom 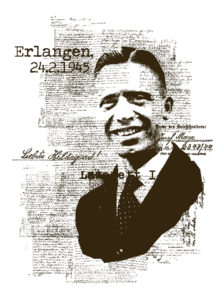 Pax Christi welcomes the Beatification of another witness to peace and nonviolence.

18 March 2017 will see the beatification in Bolzano Cathedral, Italy, of Josef Mayr-Nusser.

Like the Austrian farmer, Franz Jägerstätter, he was killed as a consequence of his refusal to swear the military oath of loyalty to Hitler when he was forcibly conscripted into the German army.  Jägerstätter was beatified in 2007, and now Pope Francis has recognised Josef Mayr-Nusser as another martyr for his Christian faith and conscience.

Photo-gallery of the life of Josef Mayr-Nusser

Permanent link to this article: https://paxchristi.org.uk/2017/03/08/beatification-of-josef-mayr-nusser-martyr-for-conscience-during-world-war-two/