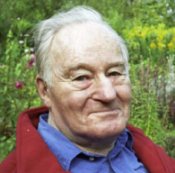 In 1960, Peter Benenson  became outraged at the unjust treatment of two Portugese students. His outrage led to action when he established a campaign on their behalf, coining the phrase “Prisoners of Conscience”.
This campaign grew into the worldwide organisation we now know as Amnesty International.

“I have lit this candle, in the words of Shakespeare, ‘against oblivion’ – so that the forgotten prisoners should always be remembered. We work in Amnesty against oblivion.”

Permanent link to this article: https://paxchristi.org.uk/resources/peace-people-2/peter-benenson/